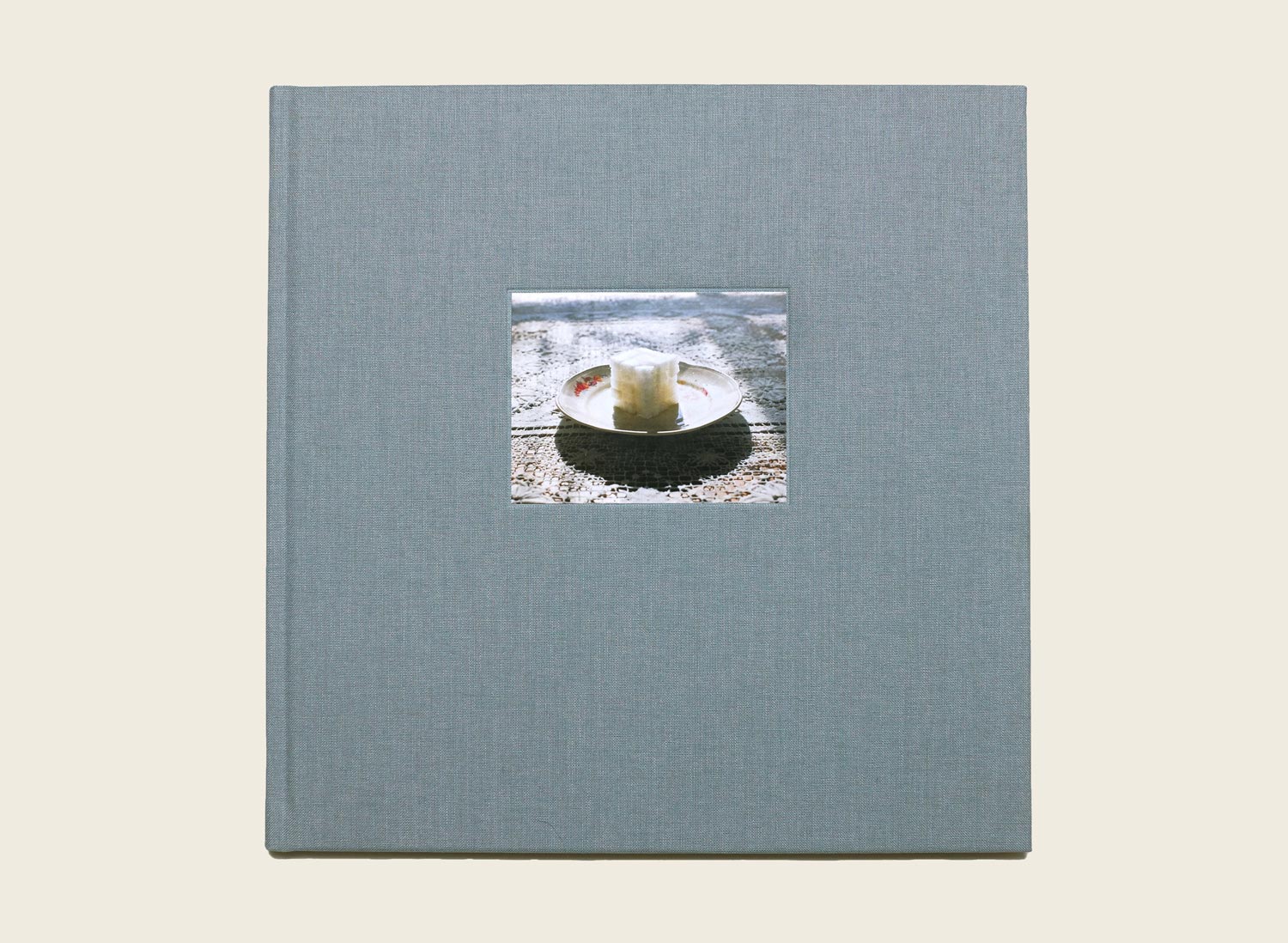 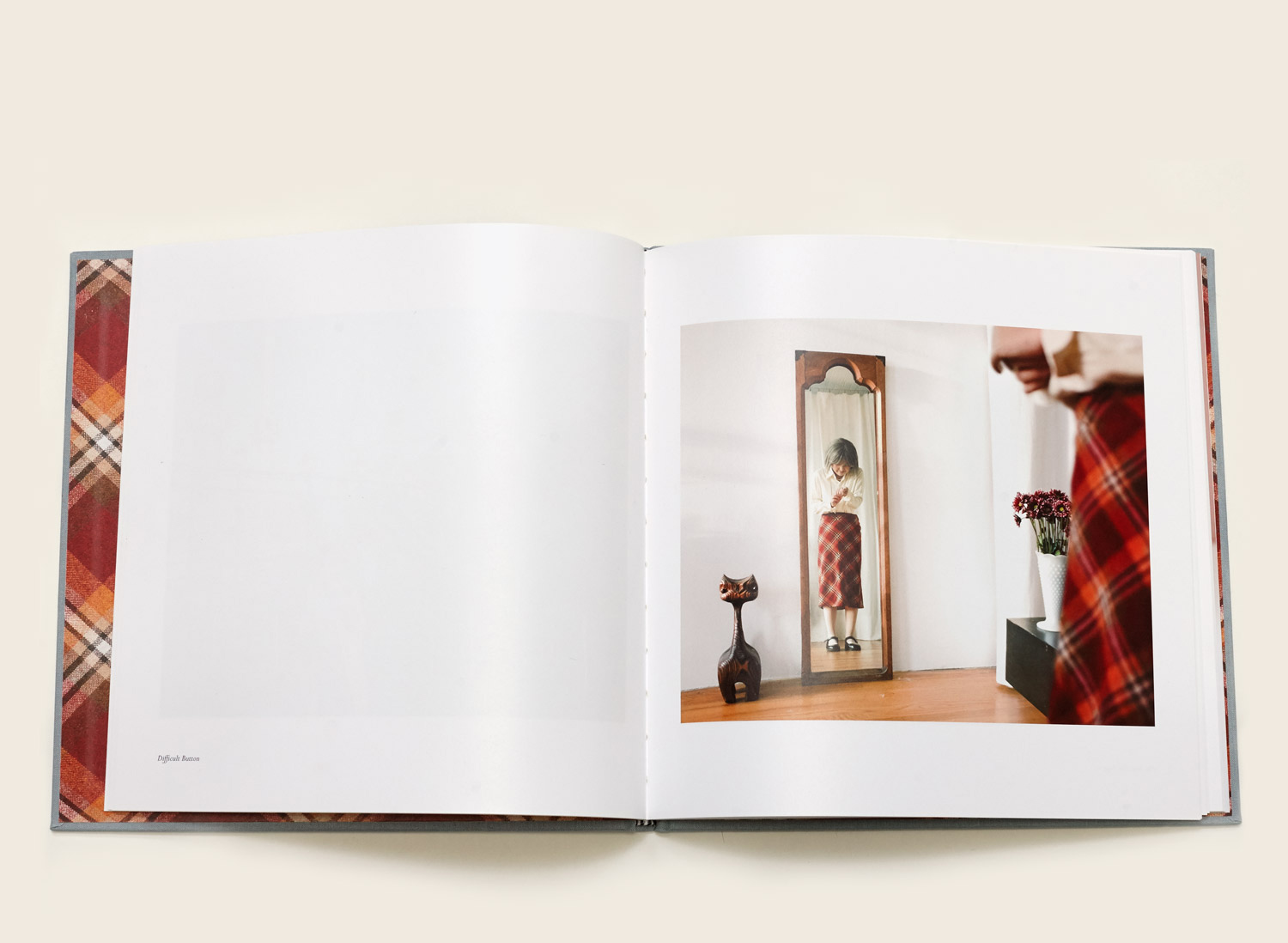 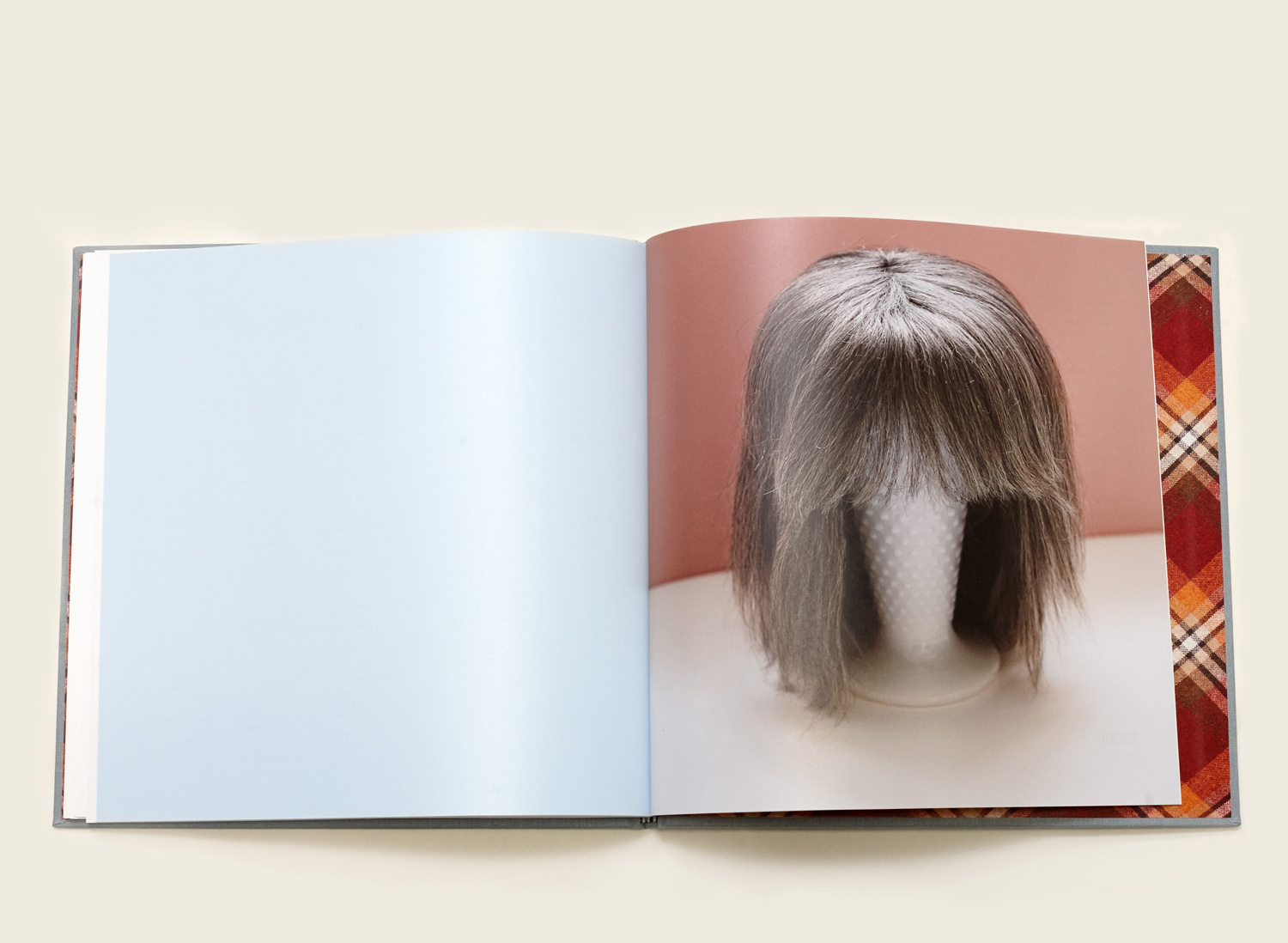 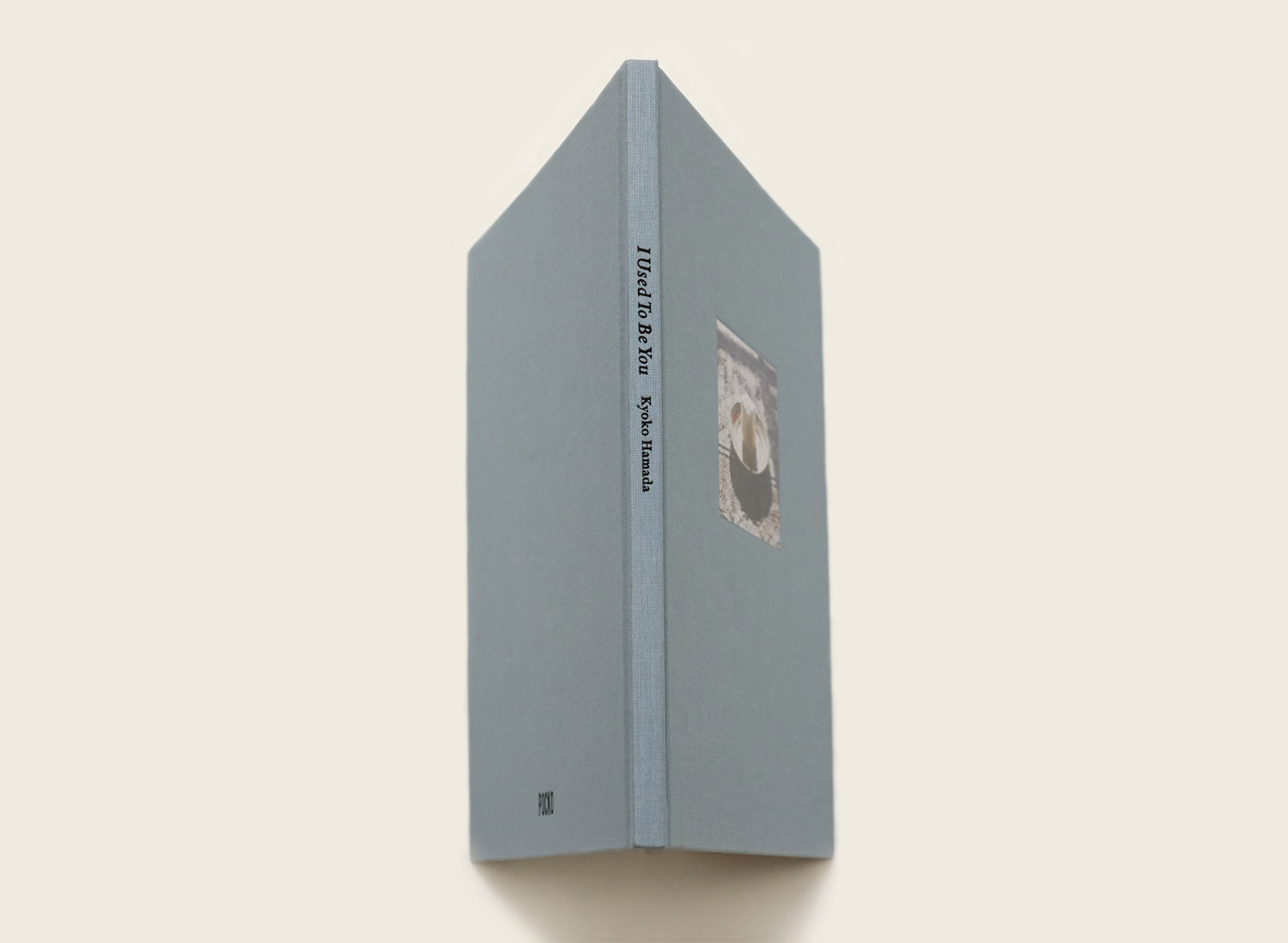 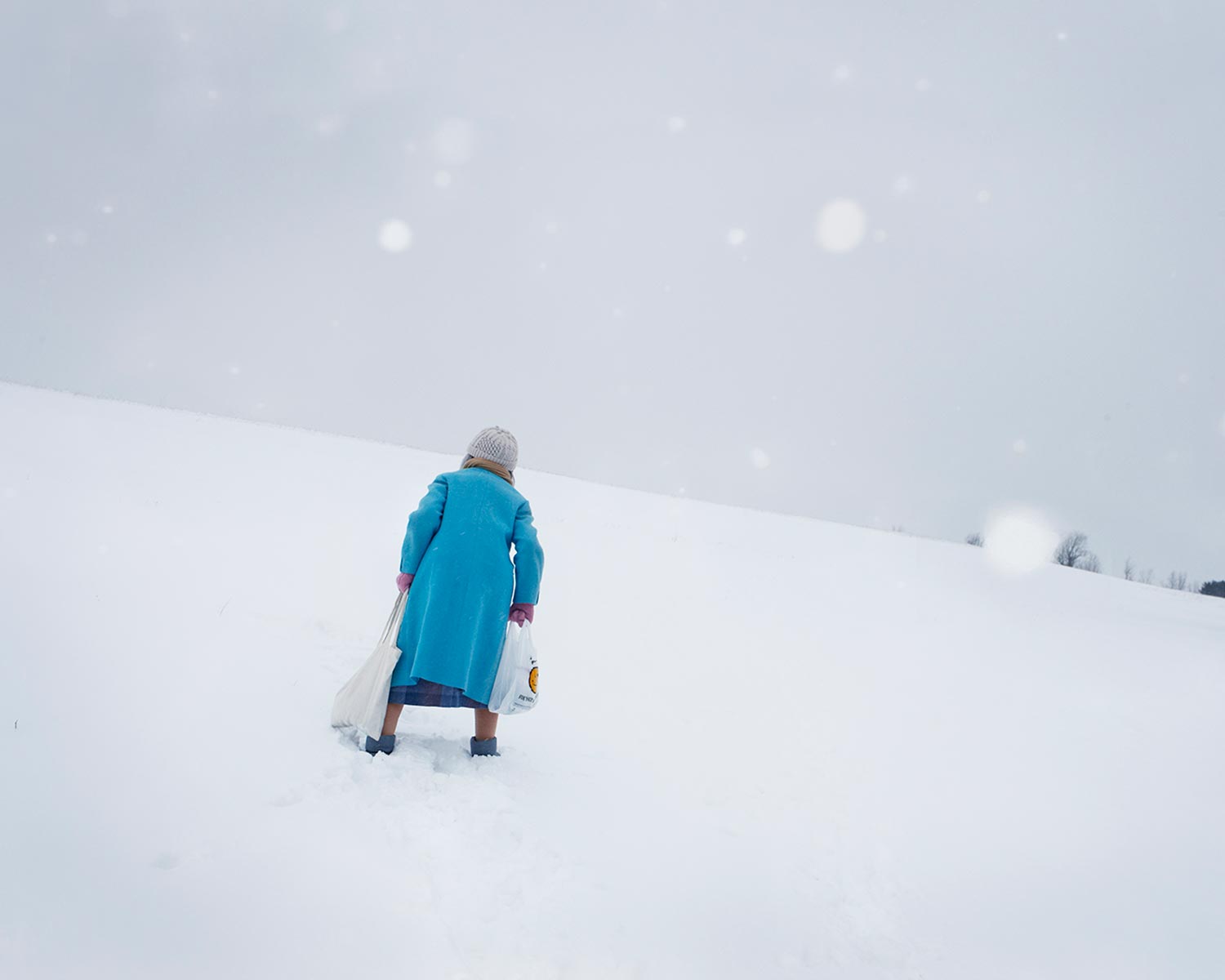 Chapters start and chapters finish. From finding a few strands of grey in my hair to the changing landscape of my neighbourhood, “I Used To Be You” derives from a number of age and change led experiences.

My personal sense of loss growing up was also a big motivating factor for “I Used To Be You”. From moving to America at the age of 15 and leaving my life behind in Japan, to my father passing away which acted as the most poignant reminder that life does end one day. 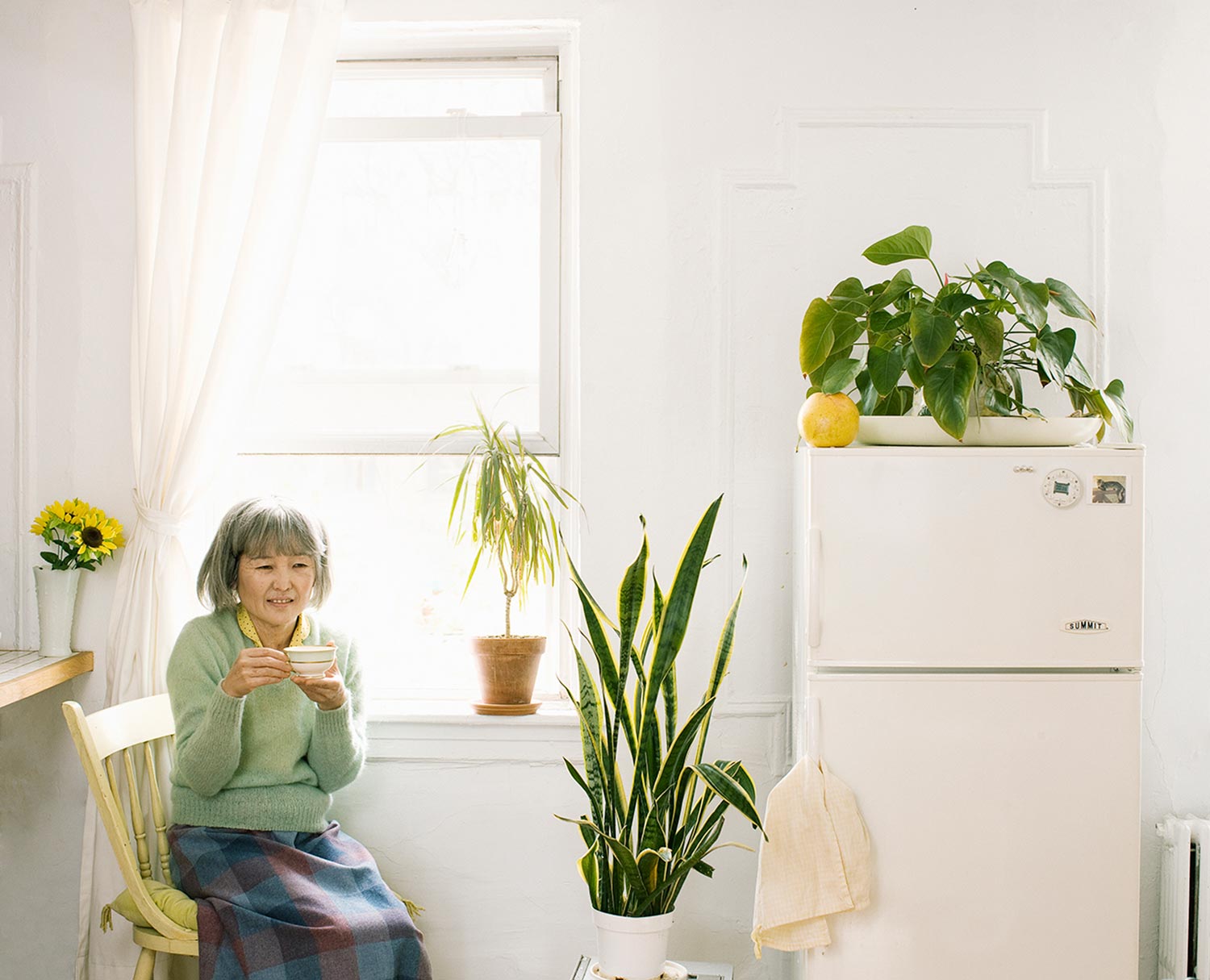 Rather than being in my comfort zone ­­behind the camera, aided by ageing makeup, a grey wig, hand-made body stuffing, and a selection of thrift shop assisted clothing, I transformed myself into the fictional character Kikuchiyo-san and thus become the subject facing the lens.

The back and forth of Kikuchiyo-san being in my own home, and out in the world, brings to mind my tendency to ponder things that are right in front of me, as well as things we will never understand. 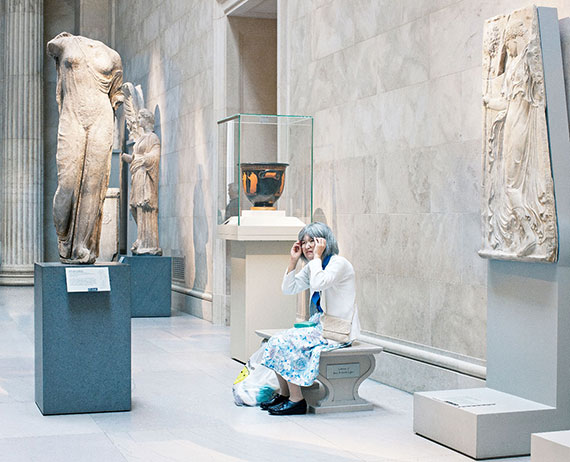 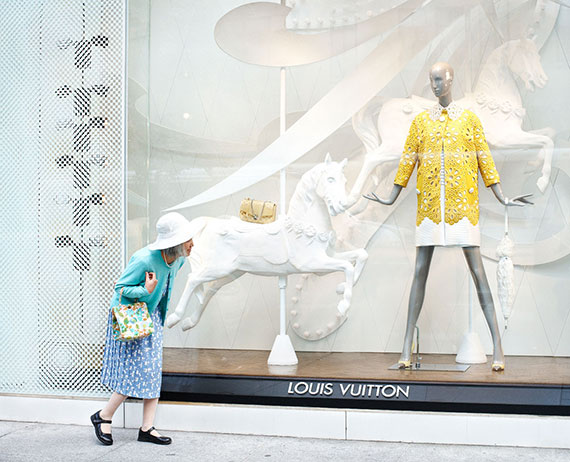 Ageing is a universal experience. As long as we live, it is a fact of nature we cannot deny or hide from. To think about our mortality is to confront our lives. It’ll be amazing, on our death bed, if we could feel content and our last thought to be – “I had a good life”.

Kikuchiyo-san represents those of whom are often left behind and neglected in the race to live, those who have to find ways to navigate through the obstacles and struggles within the modern world, and those brave enough to face its challenges. 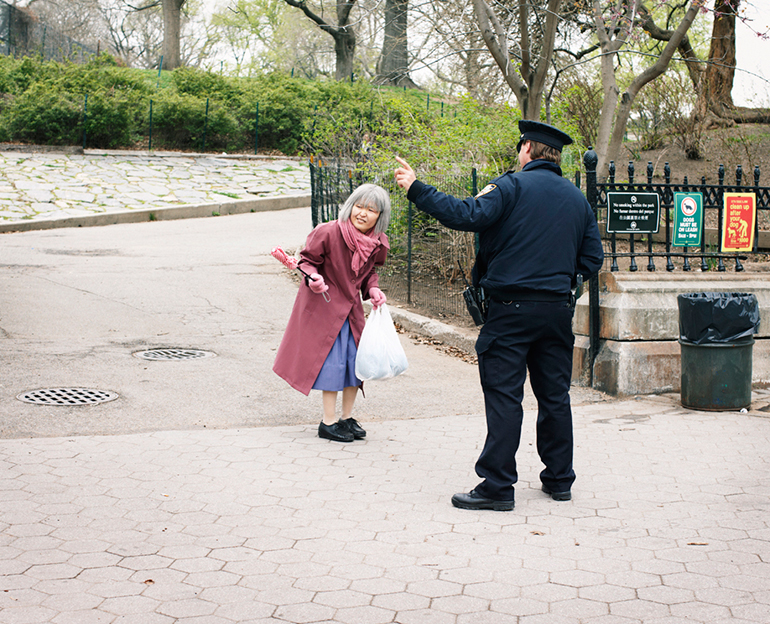 The book and the project received extensive press coverage with  European and US news outlets, including CNN, Huffington Post and Its Nice That, requesting interviews or information about Kyoko and ‘I Used to Be You’. Some of the articles are listed here:

ABC News: New York Woman Says Disguise Taught Her What It Feels Like to Be Elderly

Huffington Post: Photographer Kyoko Hamada Spent Two Years Pretending To Be An Elderly Woman, And Here’s What She Learned

Buzzfeed: This New Yorker Has Spent The Last Two Years Disguised As An Old Woman Photographing Her Imagined Existence In The City

The Daily Mail: Photographer has pretended to be an old lady for TWO YEARS to capture how differently the elderly are treated

Its Nice That: Photographer Kyoto Hamada creates an alter ego for ongoing project

CNN Photo Blog: Time travel: The art of an older me

Refinery 29: How One New York Woman Is Confronting Her Fear Of Aging

Being Kikuchiyo-san is both future and past for Kyoko – as it makes her wonder about her silver years, but also about how her older self will look back at this series and remind her of her life now 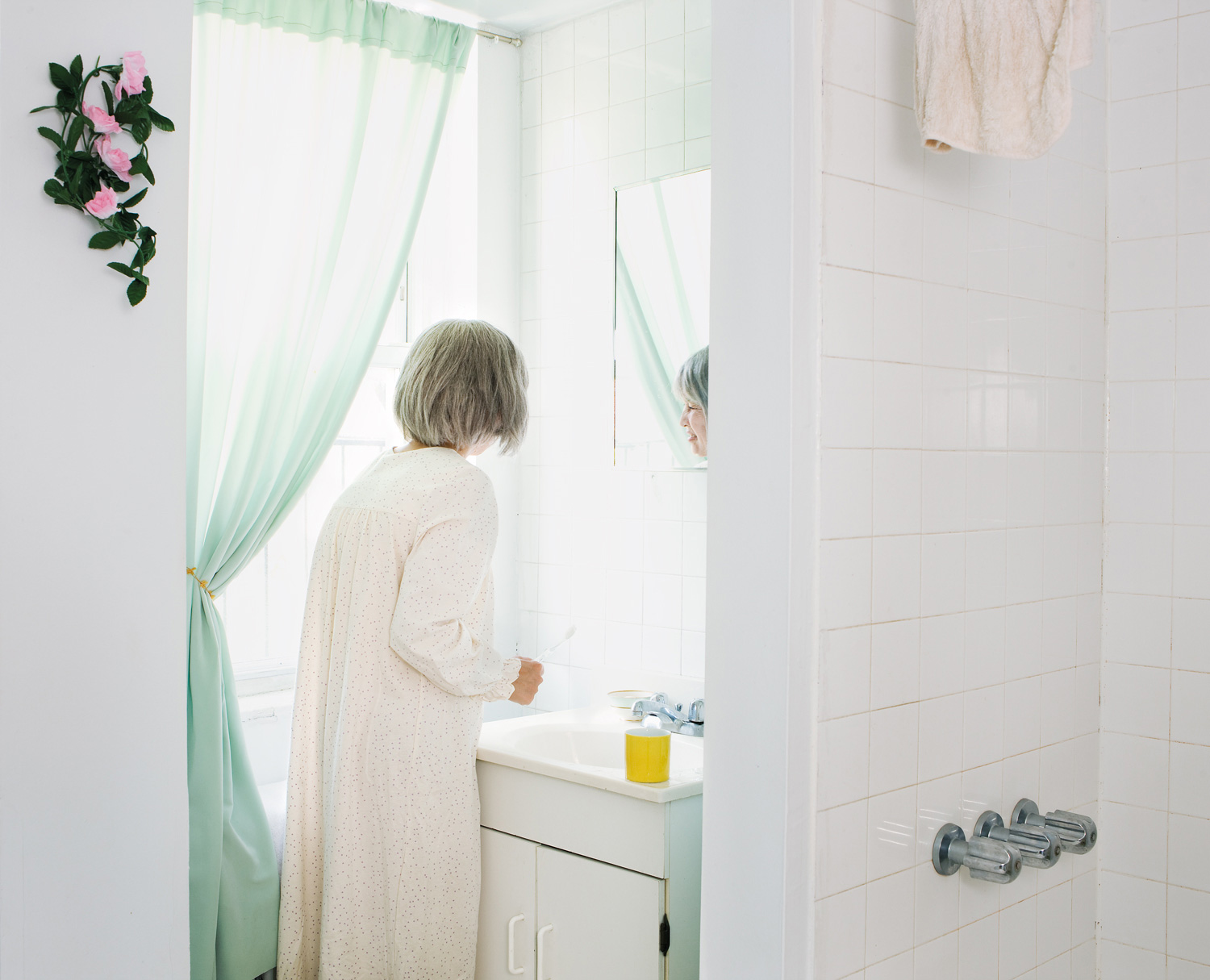 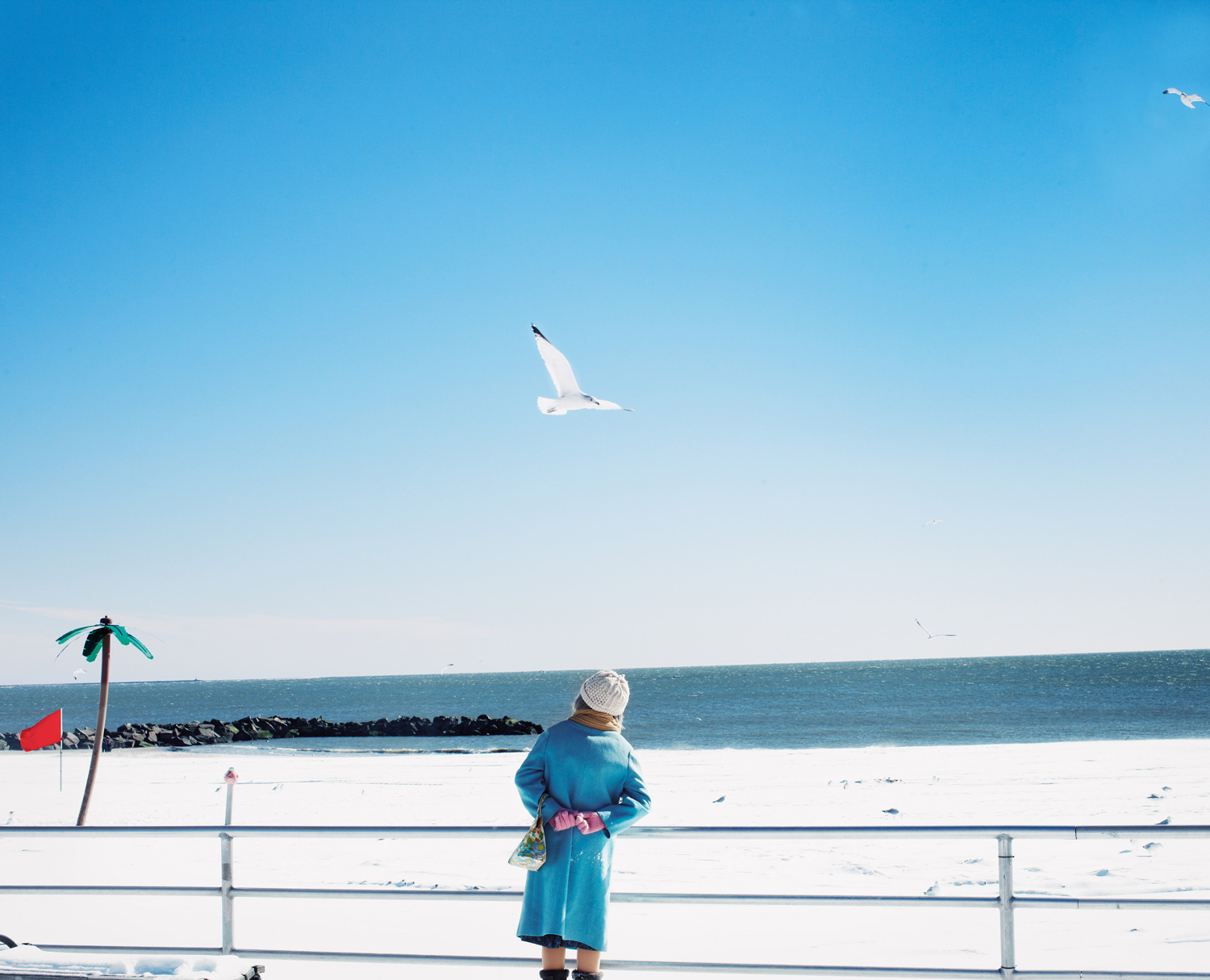 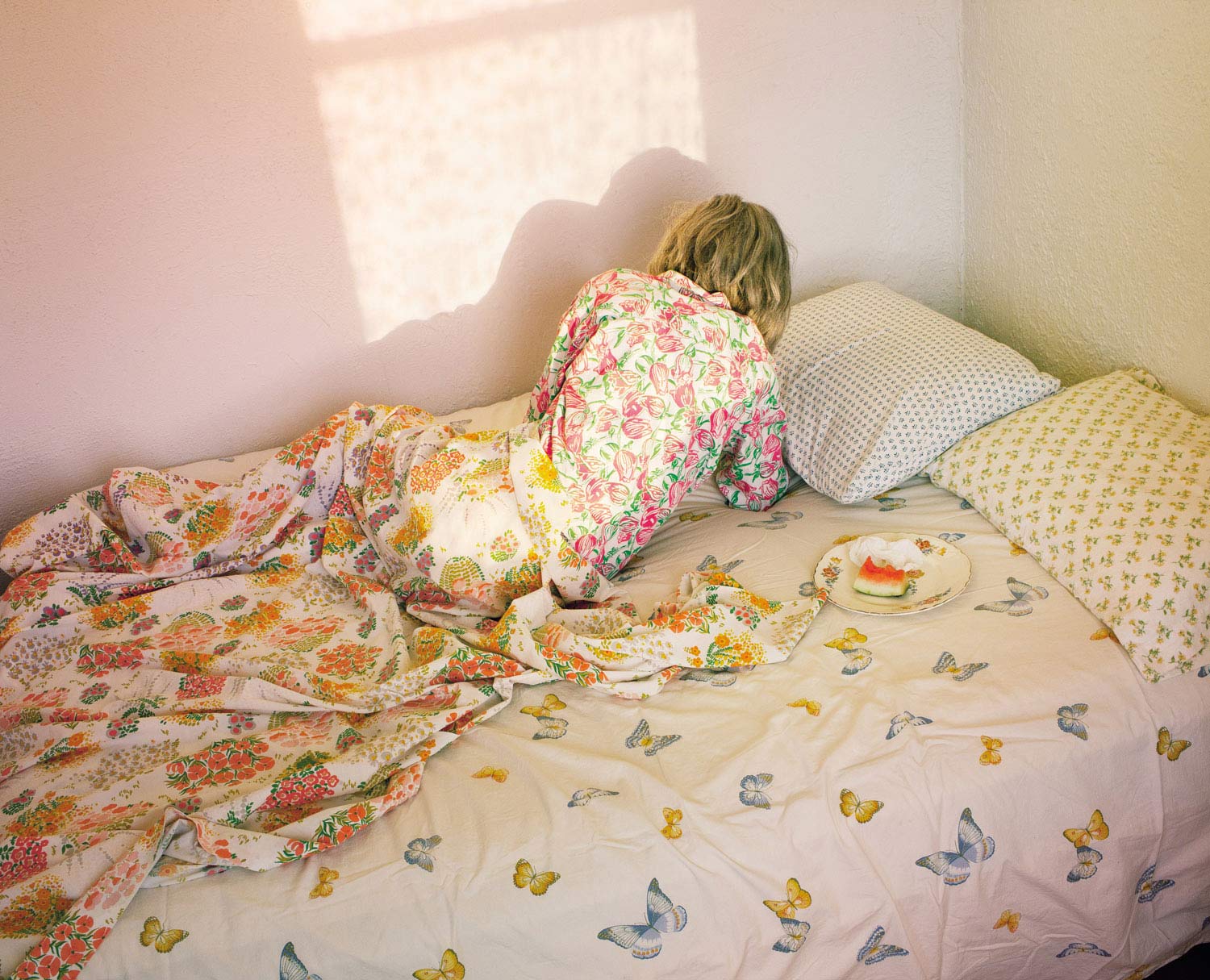 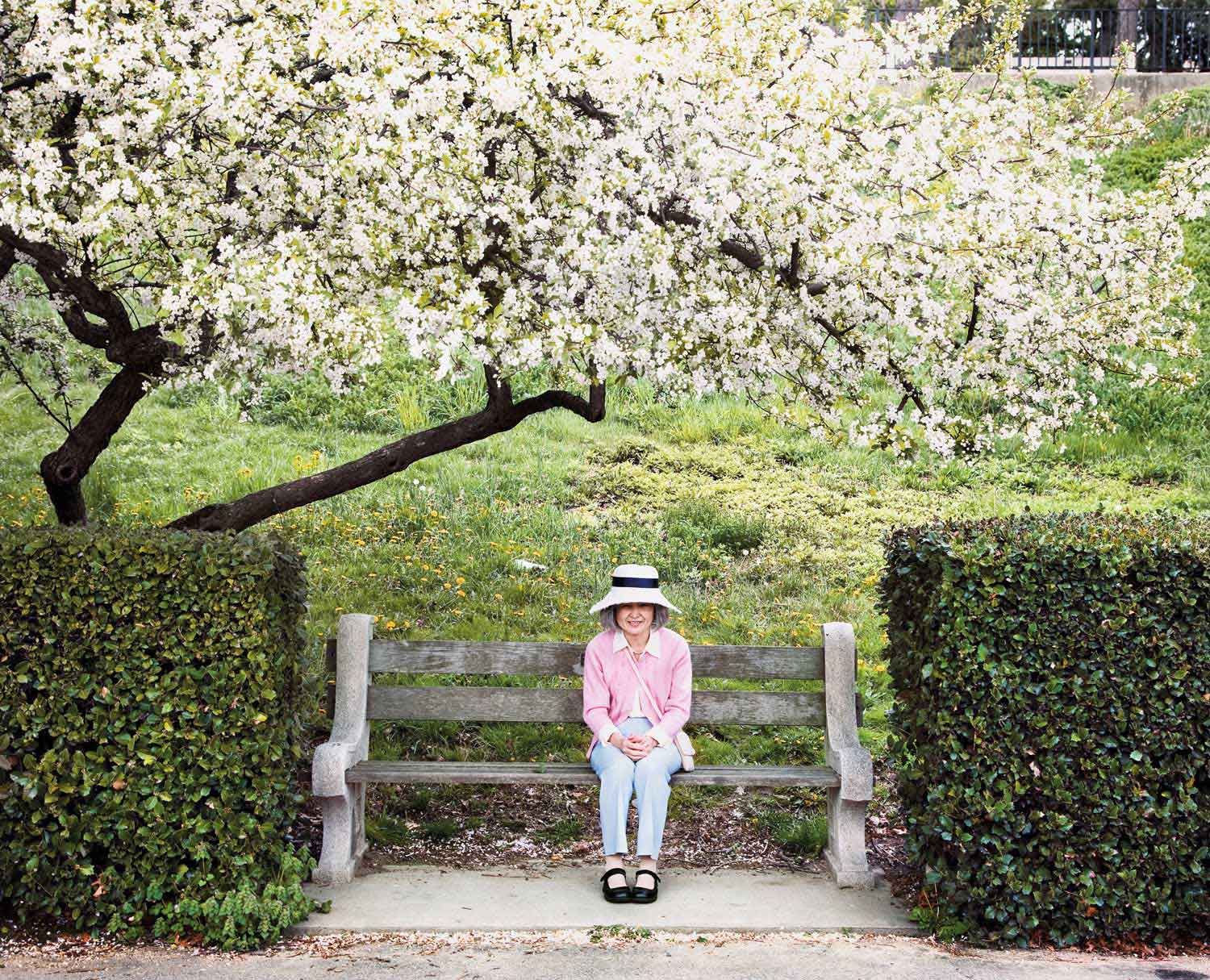