Argentinian super studio Gizmo have worked with Gatorade on a stunning animation telling the inspiring story of football legend Lionel Messi. Argentina may be out of the World Cup but Messi is arguably still the best player in the world. The animation has racked up more than 15 million views and we thought you should check it out too!

“The life of Messi is an epic story of overcoming, from his soccer beginnings in Rosario, through his health problems, to his achievements and sporting successes that transformed him into the greatest star of world football. That road of ups and downs is what we have tried to capture in the aesthetic variety of each sequence of the piece” Ema Verruno – Director

The animated short film follows Messi from a young boy with a prodigious talent overcoming the odds set against him by doctors and coaches, through hard work and determination, to become the global superstar he is today. An incredible and inspiring story for any young player dreaming of making it a World Cup one day.

For this animated short film the team worked on an original aesthetic in which the designs of the characters were treated as sculptures. These were then combined with beautiful environments, textures and hyper realistic materials to achieve the final polished look.

Gizmo was commission by TBWA\Chiat\Day LA for the Global Gatorade Soccer 2018 campaign. 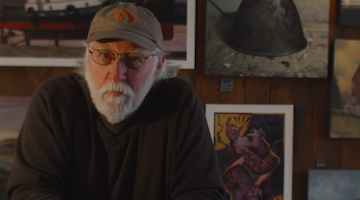